Don’t Be A Bystander

Harassment has many faces – it’s that person making crude comments on the street and the sleazy guy who won’t leave your friend alone on the dancefloor. It’s the cat-caller at a construction site and it’s even the stranger on the tram asking personal questions.

We’ve all heard about it and witnessed it and chances are it has probably even happened to us. Some of us may have imagined ourselves stepping in to save the day, but when it comes down to it, people often find themselves frozen and unable to intervene.

But don’t worry, we’re not judging, we’ve all been there.

Episode #2 of our brand new podcast Sexism and the City unpacks harassment, asking ‘what reduces good humans to mere bystanders when someone is in trouble?’

The truth is, it’s usually not knowing what to do that prevents people from intervening in many situations, which is why we’ve put together a handy guide to help you break out of the bystander bubble next time someone needs a hand.

Keep in mind, the outcome won’t always be what you hoped for, but at least you’ll have made it clear that harassment is NOT okay – because stamping it out is something that we are all responsible for.

First things first – take notice of what is going on around you. If you spot something that looks like harassment there are a few things to consider:

There’s always a risk involved when it comes to intervention, so it’s important to decide whether you think you can handle the situation alone or if you need to find someone better equipped (e.g. a tram driver, staff member or security guard) to step in.

This approach can be risky, so ensure you assess the situation carefully to avoid it getting out of hand. The direct approach involves addressing the harasser in a firm, assertive voice and saying something like “leave them alone, that’s not okay” or “stop now, that’s inappropriate”.

Once you’ve made your statement its best not to engage in any further conversation with the harasser. Dialogue can actually cause the situation to escalate, so instead, turn your attention to the person being harassed and ask if there’s anything you can do to help them. Listening to what they say can be helpful in understanding how to handle the situation.

You could also provide an opportunity for the person being harassed to move away from the harasser. If you’re on public transport you could ask them if they’d like to sit with you, or if you’re in a nightclub or venue you could suggest heading to the bar where you’ll be closer to staff in case the victim wants to report the incident.

If taking the direct route is too intimidating, a more subtle approach is to interrupt the incident by starting a conversation with the person being harassed. It could be as simple as asking them for directions or the time, or you could pretend to know them. In this instance you might not even need to refer to the harassment. The interruption and realisation that people are aware of what is going on might be enough to deter the harasser.

If you prefer not to speak, you could simply position yourself between the person and the harasser (pretending to be oblivious to the situation). This way you’ll act as a sort of ‘buffer’ but be sure to assess the situation first, to make sure you’re not putting yourself in danger by coming between the harasser and the victim.

Be an active bystander

If you see something going down but another person has already stepped in to help, there are still ways you can be an ‘active’ bystander. If the opportunity arises and it’s safe to do so, you could try to document the incident, by either discreetly taking photos or filming what happens. If you do this, be sure to keep a safe distance from the incident and try to include landmarks in the footage where possible, for example a train station platform or carriage number if you’re on public transport. Take note of the date and the time that you’re filming.

If you do happen to capture the event, ALWAYS ask the person who was being harassed what they would like to do with the footage. It’s likely that the victim is already feeling disempowered after being harassed, so it’s important not to further disempower them by sharing the recording without their consent. Depending on the severity of the incident, the footage might be useful as evidence or in identifying the perpetrator but make sure you have permission first.

Harassment isn’t just the problem of the person being harassed, its affects us all and by not doing anything about it when we see it, we are indirectly condoning it. Harassment is so deeply embedded in our social and cultural norms that we often turn a blind eye or accept that ‘that’s just the way it is’, but in standing by and allowing it to happen, we are actually creating space for far more damaging behaviour. We all have a responsibility and role to play in ending harassment and the best place to begin is by calling it out when it happens and providing support to people in the aftermath.

Listen to Episode #2 of Sexism and the City, ‘The Witness’ 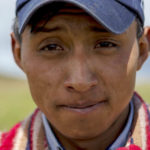