We live in a world where disasters disproportionately affect those who are already held back by society. They can strike anywhere – though they have a nasty habit of doing so in the world’s most vulnerable countries, which isn’t a coincidence – and when they do, it is often girls who are overlooked, and critically so.

Dhaka, the capital and largest city of Bangladesh is one of the most densely populated in the world with around 19 million people. Imagine that, almost the entire population of Australia in one city.

Now imagine the impact when that city is struck by an earthquake.

Fortunately, an earthquake in the Himalayas that rocked Dhaka in 2011 resulted in no casualties. But for journalist Jan Fran – our ambassador and host of our popular podcast Sexism and the City – who was living in Dhaka at the time, it was a moment of horrible realisation.

“Let me set a bit of a scene for you. It’s 2011. I’m living with six other Australians in biggish 4-bedroom apartment in a 7-story building in an area called Banani – which is a well-to-do part of the city.

Now for some reason there are bars on every window and bars on the balcony and we’re on the fifth floor and this is important information because one random evening the bed I’m sitting on starts to shake and my chest of draws starts to rattle and slowly move across the room and my housemates are like, holy hell it is an earthquake we need to get outta here ASAP.

You look up at the buildings, and it’s women and girls pressed against the windows of these buildings trying to see what’s happening on the street.”

This isn’t an unusual story. And it’s just one of the reasons why women and girls in cities – and anywhere really – are more vulnerable when a disaster hits. Not just during disasters, where they might be less likely to physically flee a building, but after, when it comes to accessing life-saving support.

You can hear the full account of Jan’s story and why it’s more common than you might think in the latest episode of our podcast, Sexism and the City.

Let’s talk about another kind of city. Refugee camps can stretch on for kilometres populated by hundreds of thousands of people, with limited resources and no certainty for the future.

Bangladesh is also home to the largest refugee camp, where hundreds of thousands of Rohingya have fled violence in Myanmar. Here, young women and girls are often confined to their tents. They are surrounded by strangers and fear going out in public in an unfamiliar environment. For organisations like ours that are responding to crises and distributing aid we know that these young women will likely go unseen and unheard. So it’s up to us to ensure we’re reaching them. That’s been the backbone of our research on girls in crisis and the results have been a devastating reflection on the experiences girls have had to endure.

We have conducted this research in Bangladesh, South Sudan and around Lake Chad Basin and it shows that when it comes to disasters, girls are invisible. This has to change.

The risk for women and girls in times of crisis isn’t confined to one place, or ethnicity, or religion. It transcends all of those things. Whether girls are seeking opportunities in cities or seeking refuge from violence in makeshift camps, it is our mission to ensure girls are seen and heard.

Want to find out more? Have a listen to our latest podcast episode that unpacks the impact of crises on women and girls: 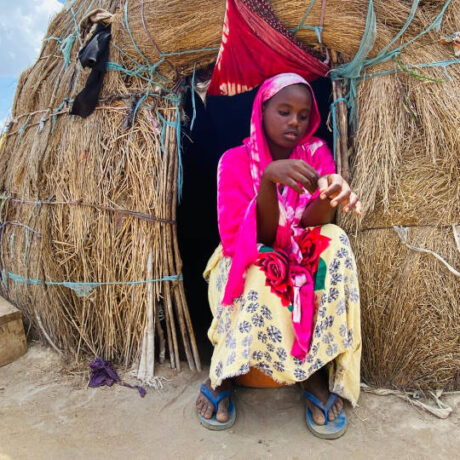