“We can lead”: Youth activists put forward recommendations on how to tackle sexism and misogyny in Parliament

Australia’s next generation of change-makers have today launched a bold new plan to remove sexism and misogyny from political leadership.

It comes on the back on new polling data of girls’ leadership aspirations that has revealed the vast majority of Australian young women do not believe the culture in Parliament House is safe for women, and would like Australian men to do better in calling out sexism.

We Can Lead: Young people in Australia share their views on sexism and misogyny in politics in 2021 – and what needs to change, a new survey released by charity for girls’ equality Plan International Australia, contains powerful recommendations from young people on how we make Parliament equal and free from misogyny.

The recommendations were drafted by Australia’s next generation of change-makers: nine bold and extraordinary young people from Melbourne and Sydney who make up this year’s Youth Activist Series (YAS), an exciting program launched today by Plan International Australia and The Body Shop that’s designed to amplify girls’ and young people’s voices on equality.

In their first campaign for 2021, the activists have rallied together to draft a powerful set of recommendations on how to improve the culture in parliament in response to the spate of reports of sexual misconduct, alleged rape, and women being victim-blamed, talked over and side-lined in our national parliament.

The YAS have highlighted the following specific recommendations that would help ensure they are encouraged and supported to become leaders:

These recommendations follow Plan International Australia polling that revealed a mere 10% of more than 500 Australian girls and young women surveyed said they believed the culture in our nation’s Parliament is safe for women, while almost 80% of women aged 22-25 do not believe that women in politics are treated equally to men.

On top of that, 43% young women believe that discrimination towards women in politics holds back young women like them from pursuing political careers while 81% of young women aged 18-25 have never considered or aspired to be Prime Minister.

This perception applies across the political spectrum, with 89% of young female Green voters, 77% of Labor voters and 71% of Coalition voters not believing that women involved in politics today are treated equally to men.

“It is essential for our politicians to gain an understanding of the difficulties that women and gender diverse people face in their lives that transpires into politics. As leaders, they must put forth affirmative action that will tackle issues of sexism and misogyny, and question their own values when it comes to inclusivity in politics,” said 16-year-old YAS, Harleen.

The poll follows on from a 2017 report by Plan International Australia in which more than 2,000 Australian girls and young women were surveyed about their aspirations for the future. She Can Lead: Young people in Australia share their views on politics found that more than half of young women (56%) thought female politicians were treated unfairly by their male colleagues – and as this new poll shows, sadly, that perception has only worsened.

“The fact that this polling shows that only one in ten young women believe the work culture in our nation’s capital is safe for women in a shocking indictment on our country,” said Susanne Legena, CEO of Plan International Australia, the charity for girls equality.

Girls should be growing up believing anything is possible, not being forced to choose between their leadership aspirations or their own safety.

“The impact is particularly worrying for girls in their teenage years, when they’re forming lasting perceptions about the world and their own role within it. They witness women being treated unfairly or subjected to abuse, and the message they hear is that politics isn’t a safe place for them.

“What this new data and now, these powerful recommendations from our youth activists, show is that rather than dealing with the toxic culture in parliament, the situation is only getting worse.

“Young women in particular know that everyone deserves the right to live and work in an environment free from harassment and violence, and they are telling us loud and clear that enough is enough.

“These extraordinary young activists may be young, but they have an unwavering passion for gender justice and equality,” Ms Legena added. “They have told us that change is too slow. They seek solidarity and action with others to bring about the changes that will empower all young women to fulfil their potential.

As a brand that has always championed female empowerment, and with activism at its core, The Body Shop will again this year support the annual YAS program – which began in 2017 – by donating $80,000 to fund the 2021 program.

Harleen, born in Melbourne, is 16 and currently in year 11 striving to empower youth to find their voice and speak out on things that matter.

She has a passion to see and live in a more equitable world, where diversity is celebrated and cherished. Her great investments within politics, human rights issues, and intersectional feminism, has pushed her to further see the underlying need for change that she hopes to make with Plan International. Beatrice is a university student studying arts and science. They are interested in environmental science and sustainability, gender studies and Southeast Asian languages.

As a non-binary person, Beatrice is passionate about deconstructing the gender binary and feels strongly about taking action to move towards a more equal and sustainable future globally. Coping with climate change brings many challenges and Lizzie shares the view that diverse voices and perspectives must be central in decision making, as solutions need to reflect who they represent. 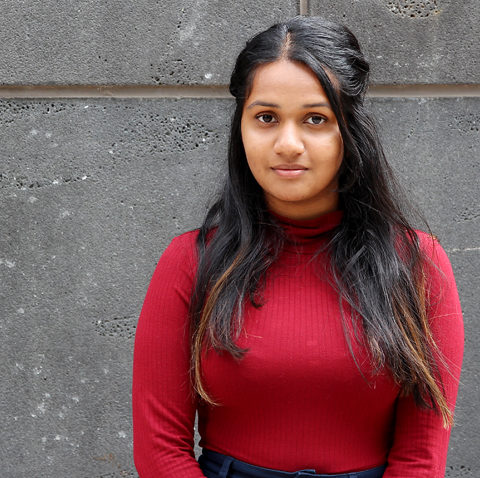 Sandhya is a Malaysian-Australian student and proud advocate for gender justice. She envisages a world in which all young people are empowered to make informed decisions about their lives and our collective global future.

Through her work with Plan International, she hopes to amplify youth voices and ethnically diverse perspectives in the movement for greater social equity. Siena is a queer mental health advocate from regional NSW. Studying Game Design, they are passionate about improving representation in gaming and wider media. 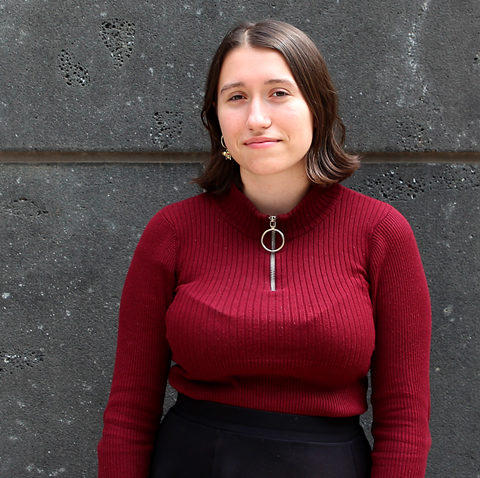 Margaret is a Greek-Australian artist and activist, who mainly works in theatre and film as a director, actor and writer.

She is a proud intersectional feminist who is deeply passionate about telling stories that put women at the forefront. Margaret works in pursuit of genuinely feminist stories in her art, exploring controversial issues such as pornography, abortion rights and sexual harassment. Olivia is from Sydney and is studying a Bachelor of Arts/Laws, majoring in Politics and International Relations.

With a strong social conscience and through her experience with public speaking, debating, and YMCA NSW’s Youth Parliament, Olivia has learned to raise awareness for issues she believes require action. Born in rural Vietnam, with an upbringing between Singapore and Australia, Jazmin is currently studying a Bachelor of Security Studies.

She is passionate about actively making a better future for her generation, and for generations to come. Kayshini is a young IT professional, currently working in a leading Global Technology Consultancy Services firm.

She is passionate about technological change and innovation. She also has a strong interest in gender empowerment in STEM careers.

YouGov conducted this poll with a politically representative national online sample of 507 female Australian citizens aged 18-25 in both city and regional areas between 23-29 March 2021. The theoretical margin of error on a sample of this size is ±4.3 percentage points. Due to rounding, totals for results may not add to 100.

Involving activists aged between 16 and 24, the Youth Activist Series is committed to creating long-lasting social change and fighting for equality, human rights and the environment. The youth activists will learn essential activism and leadership skills and get involved in advocacy and campaigning, media and public speaking, and collective action.

About The Body Shop

Founded in 1976 in Brighton, England, by Dame Anita Roddick, The Body Shop is a global beauty brand and a certified B Corp™. The Body Shop seeks to make positive change in the world by offering high-quality, naturally-inspired skincare, body care, hair care and make-up produced ethically and sustainably. Having pioneered the philosophy that business can be a force for good, this ethos is still the brand’s driving force. The Body Shop operates about 3,000 retail locations in more than 70 countries. Along with Aesop, Avon and Natura, The Body Shop is part of Natura &Co, a global, multi-channel and multi-brand cosmetics group that is committed to generating positive economic, social and environmental impact.

From April 19th to October 2021, $5 from every purchase of The Body Shop’s Shea Nourishing Body Lotion will be donated to YAS to fund the 2021 program and empower young people who are campaigning for equality.