The women who raise us

Motherhood rarely looks like we think it will. And how can it? We’re presented with a very narrow lens of what motherhood is, that sometimes fails to really acknowledge that there is no ‘norm’ when it comes to the women who raise us. They’re the women who regardless of their experiences, their circumstance and how they came to be in our lives have been monumentally influential.

Our work across the globe has introduced us to millions of women raising kids. We thought we’d introduce you to just some of them. The simple sentiments, the resilience, the want to see kids growing and learning and thriving ring true across the globe. This is motherhood.

“I don’t even have the words to describe the joy I feel when I see my children happily playing and learning new things. We have had our share of grief and hardship. They have the right to just be happy, smiley children.”

Layla* brings two of her children, Jamal*, 4, and Talib*, 3, to a Plan International-run pre-school centre in Azraq refugee camp in Jordan. The family is from the Daraa countryside in Syria. Like many families who come to the pre-school they have witnessed awful violence in the conflict. Escaping the suffering in their home country comes with its own challenges, but after the suffering the family has experienced, Layla is happy that her children can recover, learn, play and get back to being kids.

*names have been changed to protect identities

Christine’s parents were dedicated to her education, struggling so they could send her to school. But at 15, Christine was forced to drop out when her widowed mother could no longer afford the fees. For so many girls like Christine, the only option to afford everyday living was marriage.

A year after marrying her husband, baby Julius was born. Christine felt frustrated and alone, forced to stay at home all day.

But things have changed for Christine. She joined a local girls’ rights club set up by Plan International for girls and boys who had left school early where she was elected chair.“I felt so empowered,” she says. “It gave me the confidence to talk to my uncles about how I wanted to go back to school and to explain to my husband that I needed to leave the house to do important things to help other people.” Her uncles agreed to pay for a local college course so she can train to become a nursery school teacher.

Now, Christine is taking on her own future, and with it, she plans to ensure she has the means to make sure baby Julius – and her sister’s children too – will have the chance to go to school.

Vilma calls out to her son the moment she returns home from work. Her husband, sitting in the corner of the house made from coconut shells, gives her a warm smile as she comes through the door. Smiling back, she quickly goes to check on her 16-year-old son Jonel whose face lights up when he sees her, “Mama” he says despite having difficulty speaking.

“As much as I want to stay at home to take care of them both, I cannot do it. I need to work for us to survive.”

Vilma is mother to five children and the sole breadwinner in her family. She works during the week away from home in a neighboring village. Her son Jonel has cerebral palsy, making it difficult for him to maintain his balance and posture, while her husband Jovar, 49, is paralysed, following a stroke. During the week, Jovar takes care of Jonel but can’t carry him or take him out of the house.

Vilma has joined one of Plan International’s Community Savings Groups which give community members the opportunity to manage their own money through savings, loans and sharing out the interest generated. Through it, she has been able to support her family. “When either of my loved ones is sick, I do not have to worry and think about where I can get a loan because I already know where to go.”

“My own grandmother is quite modern in her outlook and she was hugely relieved to hear that I didn’t want my daughter to be cut.”

In Djaminatou’s village, female genital mutilation has been eradicated. And it’s thanks in part to trailblazers in her family. One is her father, who refused to have his younger daughters cut after his niece suffered a complication from the dangerous practice. Another is Djaminatou’s grandmother.

“Her name is Aminata and she’s 95, perhaps even 97. She brought nearly all her grandchildren to the cutter personally. But she never made the connection between genital cutting and health problems later in life. Instead, she thought that there was some form of witchcraft involved.”

Grandmothers like Aminata who have since changed their views are playing an important role in eradicating the practice. “It goes without saying that grandmothers must also be involved because they are the ones who accompany their granddaughters during the cutting process.”

For many girls in Uganda, the arrival of their period can be terrifying. “I thought I had been stabbed with a needle.” 15-year-old Eunice tells us.

Fortunately, her mother, Madam Kabonese, knew how to explain things to her daughter. “When Eunice saw that she was bleeding, I told her that she did not have to worry and that it happened to every woman.”

She and Eunice’s father work hard to support Eunice through her period, but it isn’t cheap. “My parents have to sell a lot of corn to buy a month’s worth of sanitary towels, but if there is not enough money, I have to use rags.”

It’s been important for Eunice and her mother to be able to talk about what this means for Eunice. “Before the harvest there is not enough money, I give her rags with a rope for her waist.” Madam Kabonese says. “Until there is money again for sanitary napkins, you must use the rags.”

“I saw my son standing up for a girl who was being harassed. He asked the boy to stop what he was doing and I was so proud.”

Marwa is mum to 14-year-old Hassan. Hassan once held the attitude of many of his peers, that he was better than girls. Outside of his family, he had very little to do with them. He attends a boys’ school during the week but it was only when he joined Plan International’s Safer Cities project that he’s had the chance to interact with girls’ club members. He and the boys in the club have been tackling harassment and working to build a culture of mutual trust and respect.

The transformation Marwa has seen in her son is huge. She couldn’t be more proud. 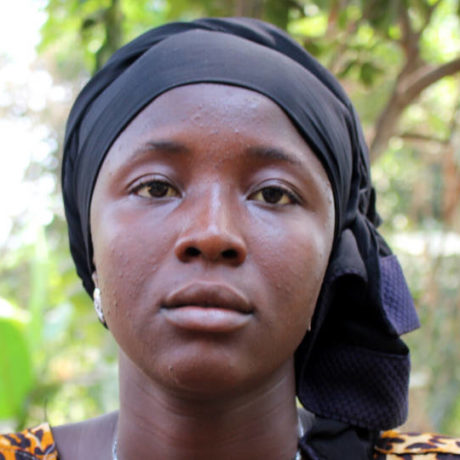