Celebrating NAIDOC week with your kids 2018

NAIDOC week is here. It’s a time to recognise the history, culture and achievements of Aboriginal and Torres Strait Islander peoples. It’s a time of celebration for Indigenous communities, and for all Australians it’s an opportunity to acknowledge Australia’s long, rich history and discover how much we can learn from the custodians of this land.

The theme for this year’s NAIDOC celebrations is particularly exciting for us, not just because of our focus on the rights of girls, but also because Plan International Australia is now looking inwards, working locally with our Indigenous communities. (Watch this space!)

Because of her, we can!

The theme for this year’s NAIDOC week celebrates the incredible work and roles women play in their communities.

We want our kids to know the people, particularly the women, who have shaped Australia. People who, because of their colour and also their gender, are often publicly invisible. So we’ve put together some ideas on how you and your kids can get involved in this year’s celebrations and make sure their voices and stories are heard.

Introduce your kids to Indigenous women who have helped to shape Australia. Truganini, Fanny Cochrane Smith, Celeste Liddle, Nakkiuh Lui. Cathy Freeman, Emily Kame Kngwarreye and countless others have made this country what it is today. For more inspiration check out this piece on 20 inspiring black women who have changed Australia.

Head to one of the NAIDOC week events happening in your area or host your own! Check out the full list here.

Have your own ideas on how you’ll be celebrating NAIDOC week with your kids? Let us know on social media! Make sure to keep up to date at www.naidoc.org.au and using #NAIDOC2018 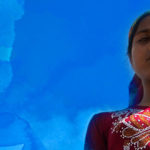