Turning the tables on online safety

Talking to your kids about staying safe online can be tricky to navigate. We decided to turn the tables and get two sixteen-year-olds to interview their parents about internet safety.

You might remember high school students Lottie and Sophie took the time to chat with us about how they navigate the internet. We also asked them to interview their parents about how they like to manage their safety online.

What concerns do you have for my safety online?

Sophie’s Mum: One of the concerns I have is the potential for bullying because I hear that it can be relatively common. So that is always something that could potentially happen in the future, not that it is has been a problem up until now. Another one would be the accidental viewing of something inappropriate that has been sent by other people. Also, again, the accidental disclosing of private details, that I would prefer not to be sent, things like dates of birth, address, phone numbers and things like that which I don’t think would necessarily be done intentionally.

Lottie’s Mum: The most concerning thing of my children being online is not knowing who they are talking to. I know that my son plays a lot of video games, in which he speaks to a lot of strangers, which I’m not keen on. I’d much rather he just talks to his friends from school and kept it to that. I think that’s the scariest thing – that there are predators out there and it’s hard to keep your children safe.

Do you feel like you understand how I use social media?

Sophie’s Mum: To a certain degree, I don’t have social media on my phone so I don’t use Facebook, Instagram, Snapchat or any of those. I think I’ve done enough research to understand how the apps are used and what’s involved with them. I assume that I do know how you use them, I know how often you use them, but I don’t pretend that I know everything about them. Obviously I don’t know everything about what you share on the apps that you use and therefore how important those social media apps are to you, but I think I have a pretty good understanding.

Lottie’s Mum: No, I don’t. I have some idea, but I’m sure that there’s lots that goes on that I don’t know about.

How do you try to manage my safety online?

Sophie’s Mum: Well, we do this in a few ways. We have always talked in this family about how important it is to be safe online. Some of those things we talk about are how to avoid giving out personal details, how to only accept invitations and link with people that you know as people that aren’t strangers to you. We talk about how we don’t post any inappropriate materials, so no photos of ourselves that are inappropriate or private details. I know we talk about how whatever you put in a social media message, you can pretend that it’s on a billboard, driving down the freeway and there it is, the photo or the message that you sent. Also not always assuming that private is private, that anything you send can get out to anybody, and just being constantly aware of that. So I guess our family discussions we have relatively regularly about those issues. Another thing we have put into place is making sure that everyone puts their phones onto a hub to charge overnight in the study, so there are no phones up in bedrooms late in the evening or overnight at all. That’s just not about online safety, in my opinion, that’s physical safety as far as having electronic equipment in the bedrooms as well. Another thing that we do about safety is going through your social media accounts together sometimes, although we used to do that more with Instagram, but now that it’s Snapchat, that hasn’t been happening because of the way that Snapchat is used. But, we just have trust in each other instead. Ultimately, if I had concerns, I do have the password for your phone, and I pay the bills for your phone, so how you access social media is still ultimately controlled by me.

Lottie’s Mum: I think the easiest way is to follow your children’s accounts. However, there are probably things I don’t know about, which make it difficult. I’m sure some of my children have started accounts in apps that I don’t really know about. I know at one stage, my son started using the app ‘musical.ly’. And I did hear after that, that there were predators on that app, and that there were a lot of opportunities for people to start conversations with kids that they didn’t know, which is a bit of a worry.

How do you balance my need for privacy and my safety online?

Sophie’s Mum: Well there is a need to balance safety and privacy, so safety is about those controls that we put in place, but privacy is that I don’t read your messages. It’s a constant balance between the two. If I was really concerned about you, and if I felt like I needed to see your messages or see what discussion, I wouldn’t do it behind your back, I would do it to your face. We would do it together and I guess that’s about balancing that safety versus privacy, you have your privacy, but if I was concerned about anything we would talk about it together.

Do you think you have different worries about my safety online because of my gender?

Sophie’s Mum: I don’t think I do, maybe there is an underlying bias that I am not aware of, but because you are my eldest child, I have nothing else to compare to. I imagine that the issues that I will have about online safety won’t be any different from your brother as he gets older. The same sort of discussions that we have always had with you, we will have with him as well. So at this point I can’t think of any issues that I have, that I am more concerned about just because you are a girl.

Lottie’s Mum: No, I just worry about them all (laughs).

Do you think you monitor my use of social media differently because of my gender?

Sophie’s Mum: No, is the short answer to that. Your brother will have the same limitations imposed on him, and he already does with his phone. He will not be allowed to get those social media apps until he is the age that you were when you were allowed to get them.

Lottie’s Mum: No, not at all. I think I have the same concerns for boys and girls. Boys can be groomed by predators just as easily as girls can and I just think it’s all a concern, really. I mean, all I can hope is that I raised my children to know how to keep themselves safe, especially online.

Thank you to Lottie, Sophie and their parents for sharing their experiences with us. We hope their insights give you some conversation starters in your own families and communities as we work towards a safe, inclusive online community that can drive change. If you have your own tips on #stayingsafeonline let us know on social media. 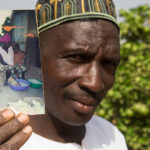