2018 and living up to expectations

After 2017 opened the floodgates of a growing global movement for gender equality, all eyes were on 2018 and what it would bring. All we’d learnt in the aftermath of the years preceding it was that anything was possible – both a scary and an exciting prospect.

If 2017 felt like crawling towards change, 2018 felt like bursts of movement all over the planet as we realised just how powerful people can be when we choose equality and love over hate and fear.

We said this last year and it’s worth repeating, there is always nuance and complexity and no win comes without ‘buts’. The world doesn’t always get it right, and we have great strides to make in recognising the intersecting forms of discrimination and exclusions facing girls and marginalised children all over the world.

When we do succeed though, we want to shout it from the rooftops, because year on year, the barriers, injustices and inequalities facing women and girls are getting torn down – led by women, girls, children, men, boys and you. Thank you for standing for equality and justice for everyone.

And we want you standing beside us to help make it happen. Stay safe, and see you in 2019! 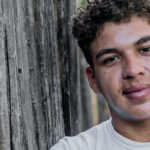